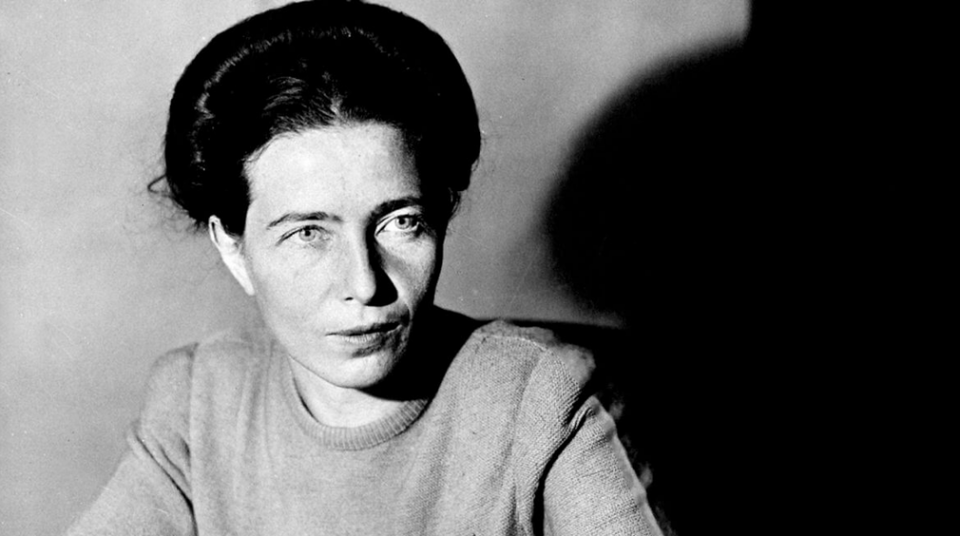 The male and female were opposed by both the fashion that prejudices and morals. The clothing differentiate individuals into categories in which everyone will recognize. Social categorization has led men and women to pour on clothing great expectations, thus raising it a social obligation. A social obligation that could not be left out and ignored: a high society woman could not and should not be confused with a commoner, as a shepherd could not and should not be like a lawyer. So it is important the help of clothing, which distinguishes the origin and status, thanks to very specific types of fabrics and unequivocal details.

The social construct of fashion in fact, as Elizabeth Wilson says in the book “Vestirsi di sogni” it is a social obligation that leads individuals into two different types of reactions to it: the condemnation of fashion or the compulsive obsession that makes them slaves. The only solution would be the elimination of fashion, bringing clothes for the only and original purpose of utility and not of embellishment.

But fashion can be totally ignored? Surely not. According to Wilson, fashion is a factor of culture, and culture is part of us and of our history. Even more depends on what image it shows us now. Why fashion is a mix of adoration and rejection, between hatred and love, and like all ambiguity has its intriguing charm. As Wilson says,

This contradiction is the heart of the battle carried out by feminists: they want to get rid of fashion, but they create another. Which means that if a feminist decides to reject the fashionable dresses and consequently adopting a style all its own, it means that she is not rejecting but she created (perhaps unknowingly) a new one. Femininity is neglected for feminists because is the subject of slavery; they instead wear a more “masculine” clothing, which makes the idea of ​​a greater freedom.

On the one hand they despise femininity, but on the other show how powerful the male image. But then what is femininity? The woman has always had to fight against the position of inferiority towards the man. Social freedom and masculine morality is a dream still unattainable for the female universe. Simone de Beauvoir was one of the most important scholars of the female universe, and helped to outline an existentialist aspect of femininity.

During her studies she met the French existentialist exponent Jean Paul Sartre, who became her partner for life without ever marry him. The most significant evidence which Simone de Beauvoir leaves us, is her book “The Second Sex”. With this book, intended for an in-depth view of the biological woman looking to the existential, de Beauvoir captures the essence of the feminine. The “The Second Sex” thought establishes a feminist existentialism which promotes a moral revolution of women.

As an existentialist, de Beauvoir believes that existence precedes essence; therefore you not born woman, but you become. Her analysis focuses on the Hegelian concept of the Other: and it is precisely the concept of more that leads to oppression of women. De Beauvoir asserted that women are fully equal to men, and they can choose to elevate themselves by going beyond the ‘immanence’ in which they were previously resigned and reach the ‘transcendence’, a position in which is responsible for its own themselves and the world, where you choose freedom.

Going back to the previous question: What then is the femininity? Simone de Beauvoir, begins her analysis saying that not all human beings of the female gender are women. This statement leads to only one conclusion: the femininity is a social construct, a mental construct to which women have moral obligations and charges to follow. In this way the woman has very little chance of emancipation.

There are little chances because the society is masculine and give no importance to the female world. It can therefore say, as also de Beauvoir says that the female child, since childhood, is accustomed to the continuous and persistent parental pampering, unlike the male child who is deprived. This mechanism unconsciously leads the female child to her fate of being less, that depends on someone else, while the male child to his destiny of man, who must rely only on himself. Being educated with dolls and objects depicting domestic life, they are attitudes that incorporate the child its so-called femininity. In the second part of the chapter titled “Childhood” de Beauvoir wrote that the child:

Her denied freedom is also visible with the comparison with the male, who unlike his may well be free to interact with adults. Her inherent ability to think and act is stifled from society. The female education leads the child to an adolescence full of expectations. Adolescence, which the writer called as awkward age is an age with continues contradiction, because the girl is always the target of punishments. Femininity then is a building around herself like a small tower from which she cannot get out. Religion also plays an essential role in education to femininity. And it is the Christian symbolism that suggests the woman role model, that is a devoted woman to a man happy when is loved. Such a declaration is absolutely fearless for the Twentieth-century society.

The clothing thus, has a major role in the life of the woman’s society: it makes her attractive to the human eye and offers her a role in the society. Society in which she would like to belong but she can’t because it is purely sexist. She just learn to keep her position inventing new ways to pass the time: dressing, flirting or cheating on her husband. The act of breaking the rules means that the female population really suffers from the position they occupies in the society. But Simone de Beauvoir condemned the passivity with which the woman undergoes this social meaning. The social significance of the clothing is to cover, to conceal the true essence of the woman: the essence of artifice. Adorning themselves, woman favors the man’s cravings believing to satisfy even herself.

With this behavior, they nourish their inferiority elevating male potency. Clothing is therefore a means by which the woman enters, in a sense, become part of society, otherwise unsatisfied by her inferiority. According to de Beauvoir if ignored, fashion could lead to an alienation of women from their world. It is properly an alienation from society that we meet with the feminist movement, which seeks to escape the condition of female passivity. But fashion, as said before, is an act of revenge for women: they alleviate their inutility with jewelry, clothing or a lover.

The inferiority of women, as already explained in the chapter of childhood, is given by the social construct with which she has been educated. The submission to the man is intrinsic to it and is found in the Catholic religion as in fairy tales that are told when she was a child.

Only in the age of adolescence, the girl desperately tries to escape and to be recognized as equal to the male. Rejecting her destiny, as passive submission to the role of wife and mother, plays a role that is not her. But why the woman decides to abandon her role in “immanence”? The writer states that the comparison with man is impossible because of the great difference of consideration that exist between the sexes. The woman understands to not have a primary role in society because they know they will never reach the level of human consideration. Sex, family, social life, are all devices that dominate the woman and make it vulnerable. According to Simone de Beauvoir a man would never lose the consideration of himself, because he could not be blamed.

The element of contradiction, characterizes the female behavior which leads the woman to an inner conflict. This conflict, which we find also in adolescence, becomes the main character of her soul. She knows she have the same chance of a man, but she cannot implement them collapsing in liabilities.

So a woman can achieve independence? The main purpose of the essay by Simone de Beauvoir concludes. The woman will never be independent and emancipated if you do not give up their femininity. But giving up their femininity would lead the woman to a mutilation. A so-called mutilation would mean that the woman pours into the femininity the only powerful role that is able to have. Being a woman entails the creation of an inferiority complex herself.

A Virginia Woolf explained, also Simone de Beauvoir wrote that a woman have to be economically independent, but is not enough. There are specific categories of women who decided to save their selves in a wrong way: the narcissistic women, the women in love and the mystic women. The way in which they wanted to elevate their selves with their image or love or religion, is a bad way to cover the real problem of inferiority. The real liberation for a woman is finally to fight against the resignation, fight against the contrived femininity that education condemned. Simone de Beauvoir look through the difficulties that women have to absorb everyday of their lives and traced a cynic and really real portrait of the weak link of the humanity, the woman. She concluded like this:

Liberate women, therefore, it means to refuse to limit her in the relationships she has with the man, but without denying them; building a fraternity that will lead her to true emancipation. This then defines the woman the Other? This is the question which the philosopher and feminist Simone de Beauvoir analyzed in her essay. Simone de Beauvoir has analyzed the problem of femininity with the same passion with which she loved philosophy. The existentialist philosophical view puts the woman under the crudest aspect of life: her inferiority. The response of the writer is that an embodiment of a probable emancipation is possible. That happened in the early Twentieth century and it was the beginning of a incredible awareness and a great female mutation.